Unique house estate in this area, heritage vila with long tradition.
Stancija Smokovo 1873 was, in the 19th century, the center of all cultural events. Always a meeting point and the crossroad of business, scientific and cultural worlds that brought distant families throughout history together. At the time of Mr. Dimović, who was the first owner of the place and who lived and worked in London, the estate served as his summerhouse and was visited by most of the scientific, business, political and cultural elite.
Mr. Dimović, besides being a very distinctive and lively person, was a scientist and a successful businessman, who strived to build his empire several times. As a relative to the royal family, he also served as Prime Minister and Minister of Finance of the then Kingdom of Serbs, Croats and Slovenes in exile in London. A playful spirit and excuisite style of Hansi Boekke, Diminovic’s life partner and muse, added a metropolite charm of their generation intervowen into every stone of Stancija Smokovo 1873.

The foundation of Stancija Smokovo 1873 can be traced back to the beginning of the 18th century, while it has been in its present full form since 1873.
The complete renovation took four years and was completed in 2020.

Stancija Smokovo 1873 is a five-star facility. It offers an experience of timeless elegance and style in its four bedrooms and one additional, separate bedroom, a living room with a library and work area, a large lounge spread over 80 m2 with a pool table, two kitchens (one of which is in function during summer time, with a large barbecue fireplace, two gazebos, two beautiful terraces offering a majestic view over the sea and the neighboring islands, a tavern, a cigar bar with a cinema projection utilities, a terrace around the ancient “gušterna”, a water tank from 1880 and a 12m long swimming pool (over 50 m2).

Stancija Smokovo 1873 provides complete (safety) / isolation possibilities/ taking into consideration that the property of 3,000 m2 is completely encircled by a stonewall which ranges from 1.6 m up to over 4 meters in height and thus composes a world of its own.
The house itself divides the location into two parts within the walls, where, with its length of over 40 meters it is a truly impressive building.
While the front of the estate is sea oriented, the back part is oriented towards the forest and offers utmost privacy with a special atmosphere created by the glimmering of the pool, the bar and lounge areas located in the gazebo. Due to this two-side orientation, you will experience the existence of two different climatic conditions, cooler to the North and the mountain side and sunnier and warmer to the South, towards the sea and islands, which additionally makes the Stancija Smokovo 1873 so special.

Stancija Smokovo 1873 is a charming ageless lady of refined style, finest manners and contagiously enchanting energy, which has to be experienced and enjoyed and it is impossible not to love her.
Stancija Smokovo 1873 is perfectly positioned; 1.5 km from the seashore, the city of Rijeka with its airport is only 15 minutes away, the town Opatija, the pearl of the Adriatic sea, is reached in only 30-minute drive. The town of Pula with its famous Roman amphitheater, the Islands of Brijuni (a National Park), as is the Pula airport is 1h 30 minutes away, the same distance for Zagreb (Croatian main city with airport), Rovinj and Ljubljana (Slovenia main city with airport). World famous Plitvice lakes with waterfalls (National park) as one of the top five in the world is reached in 2h drive.

Stancija Smokovo 1873 is in tune with the trends of modern technology.
The rooms are equipped with Android TVs, Marshall sound system, (one speakerphone is portable), a projector and a tablet. The rooms are air-conditioned and equipped with the most advanced optics for Wi-Fi internet.
The parking area is within the fenced property with the possibility of parking four cars.

Experience and become a part of the privileged few, who will be woven into a beautiful story that will whisper little secrets of style and never-forgotten experiences for a long time to come. 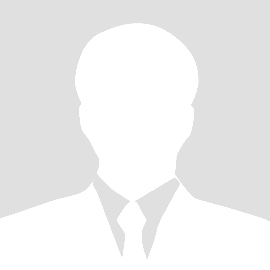 Copyright © 2022. Jo-Da real estate, All rights reserved
Web by: NEON STUDIO Powered by: NEKRETNINE1.PRO
This website uses cookies and similar technologies to give you the very best user experience, including to personalise advertising and content. By clicking 'Accept', you accept all cookies.
More options
I accept